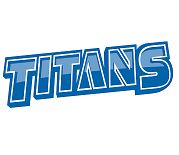 This is the 8th Match of the tournament CSA T20 Challenge, 2020-21 between the two sides Titans to be played against Lions at Kingsmead, Durban.

In most recent game, Titans and Lions were face each other at SuperSport Park, Centurion on Apr 28 2019, Titans had made score 148/7 in the batting first. Lions had chased down the score and won by 4 wickets.

Titans has a strongest batting line up than Lions. It does not just have the best player but has more depth in Batting line up.

Titans made score against

Lions made score against